California authorities have identified the suspect in Saturday's mass shooting that killed 10 people and injured 10 others at a ballroom during Lunar New Year celebrations.

The identification came hours after the suspect shot and killed himself in a white van in Torrance, about 30 minutes from the shooting location in Monterey Park. Authorities said it was the same van the suspect had used to flee Saturday night's shooting.

Law enforcement officials surrounded the van with tactical vehicles and bomb squad trucks earlier Sunday before entering the vehicle. Luna said several pieces of evidence – including a handgun – were found inside the van linking the suspect to the shooting scene.

Luna said no other suspects are at large and there was "no longer a threat" to the community. Authorities have not provided a motive saying the investigation is ongoing.

Seven people remain hospitalized, Luna said. He did not have the exact ages of the victims but said they all appeared to be over 50.

"I still have questions in my mind, which is: What was the motive for the shooter? Did he have a mental illness? Was he a domestic violence abuser? How did he get these guns and was it through legal means or not?" said Congresswoman Judy Chu, who spoke alongside Luna at Sunday evening's press conference outside Monterey Park City Hall.... (Read more) 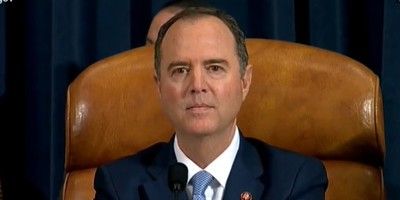